Some thoughts on Marius the giraffe 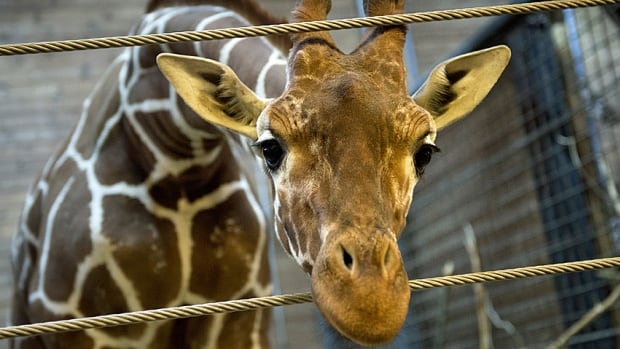 I was particularly sickened by the news this week that the Copenhagen Zoo killed Marius, a young giraffe under its care. The zoo chose to make a public spectacle of the act, conducting an autopsy and then dismembering the body to feed to the zoo’s lions.

Zoo officials were transparent about their act and obviously felt that euthanasia was the best course of action. Take a look at the notice they posted on their website in advance of their action. You can see it here.

The two reasons given struck me, and much of the world, as cold and sterile:

The European Association of Zoo and Aquaria stood behind the zoo, or at least the act of euthanasia to manage the gene pool. You can read its statement here.

Here’s what the U.S.-based Association of Zoos and Aquariums had to say:

“Zoos and aquariums in North America that are accredited by the Association of Zoos and Aquariums (AZA) have a number of ways that they manage animal populations. Through the AZA Species Survival Plan program, these methods include science-based breeding recommendations and cooperating to plan for adequate space. AZA’s Wildlife Contraception Center and AZA’s Population Management Center help AZA members with the expertise and planning to manage animal populations.

The Copenhagen Zoo is well known for the quality of its conservation programs. The facility is a member of the European Association of Zoos and Aquariums (EAZA), and their programs and procedures vary from those of the AZA.”

As someone who practices public relations for a living, I was absolutely shocked that the Copenhagen Zoo could be so deaf and blind to how unacceptable this would be to the world community. Somehow, it got so focused on its task of “genetic diversity” that it forgot another essential task – to maintain and strengthen public confidence that the people in charge of their zoo care deeply and personally about the individual animals under their stewardship. Resorting to euthanasia without exhausting other possibilities was bad enough. The highly public display of butchering an animal was totally insensitive.

As someone highly involved with the zoo and aquarium community (I’m on the board of the Phoenix Zoo), I understand the hesitance of the U.S.-based AZA to totally denounce the Copenhagen Zoo. I’m not ready to condemn the zoo for all time, either. Despite this tragedy, I’m confident that this zoo does a lot of good work to inspire people to care about animals and nature and, yes, to help many species survive and someday prosper.

Still, there’s no way to see this as anything but an atrocious blunder that could set back confidence in zoos generally. If you’re led to think negatively of all zoos because of this incident, I hope you’ll take time to read the comments of Geoff D’Eon, who produced the documentary Zoo Revolution. I think it’s a realistic assessment of zoos worldwide.

I sincerely hope the leaders of the Copenhagen Zoo learn from this lesson and don’t dig in to keep defending their actions toward Marius. Right now, it’s time to respond with humility to the outcry and to demonstrate concern and care for their animals.

What do you think?

This entry was posted in Society, Sustainability. Bookmark the permalink.

2 Responses to Some thoughts on Marius the giraffe